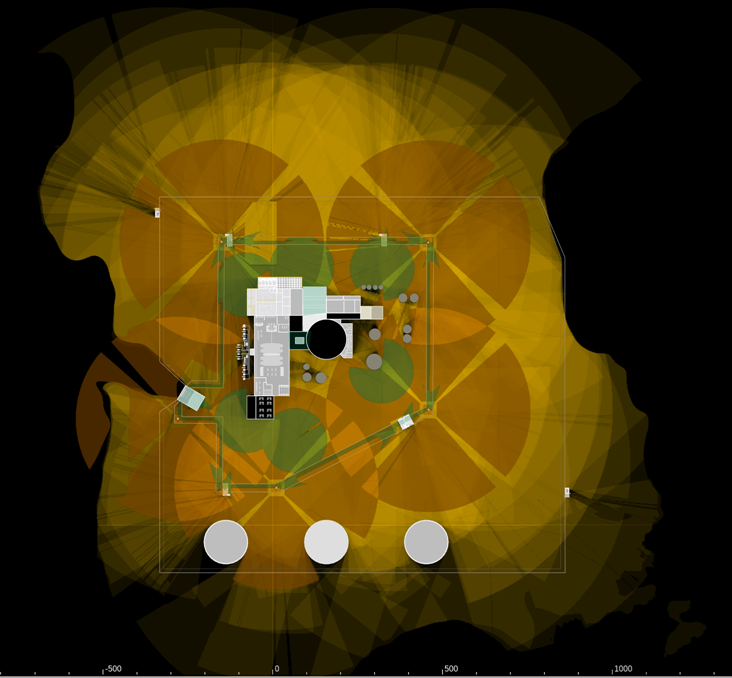 In addition, users may include potential detection and/or engagement data that support casual observance and traversal difficultly. Using the Simajin Clear Line Of Sight tool (CLOS), users can generate detection maps for cameras, post positions, firing ports using either detection ranges or engagement ranges allows by the weapon system and the training program in place at the facility.

Shown below is a screen capture from the pathway analysis for the sample Lone Pine Nuclear Power Plant (LPNPP). LPNPP was developed as a surrogate facility that allows training on a conceptual nuclear power plant that has all the features of an actual plant. 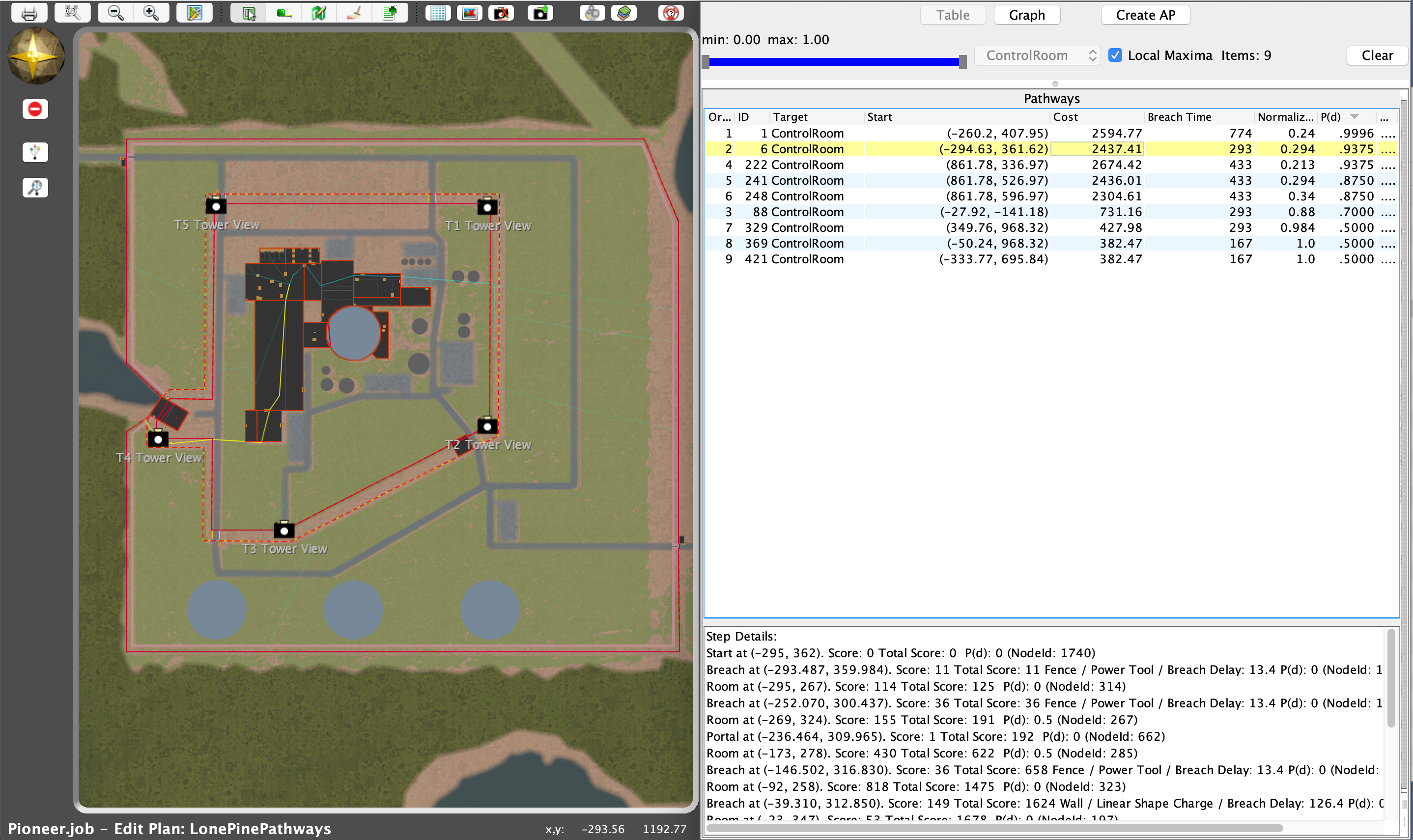