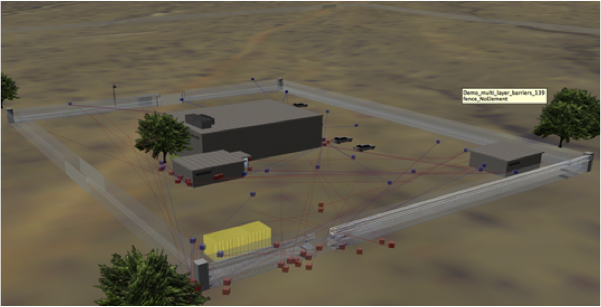 RhinoCorps’ Vanguard  offers a unique capability to assess risk associated with your Physical Security Process using modeling and simulation. Our force-on-force simulation tool enables physical security analysis across a range of environments and with any number of threat vectors and variables. Vanguard allows analysts to conduct risk assessments and quantify how well protective measures will repel, or defeat, a suite of tailored threats; further, it allows for the analysis of countermeasures whether that be personnel, material, tactics, techniques, or procedures to reduce risk to manageable levels. Vanguard helps decision makers make truly effective physical security planning decisions that are backed by solid, intelligence-based scenarios, and statistically valid analysis. 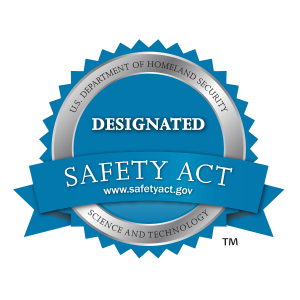 Security planning is essential to the success and safety of any facility with a sensitive mission. The traditional physical security planning process currently employed uses a target-centric approach. Critical functions are identified at a facility and are then paired with malevolent activities that could disrupt those critical functions. Typically, the entire spectrum of threat possibilities is delimited to planning guidance that includes two or three malevolent actions that a generic adversary may attempt, such as vehicle-borne IED, suicide bomber, or active shooter. This method often devolves into a checklist-type approach where a facility is considered well protected if fences are at a specified height, facilities have the right amount of explosive stand-off distance, access control measures are in place, and prohibited item searches are conducted. However, filling these checklist-based requirements does not always imply acceptable system-wide security performance against a dynamic and adaptive adversary. As a result, decision makers are ill-informed regarding system-wide security effectiveness and residual risks which may remain unmitigated. This current approach falls short if the facility is facing dynamic threats that are reactive and based on tactics, techniques, and procedures demonstrated by security forces.

A balanced physical security planning approach must emphasize threat characterization far more heavily than traditional methods. With a balanced approach, local threats and capabilities are identified and paired with group-specific goals and objectives. These local capabilities are used to model facility-specific threat scenarios that adversaries may attempt to achieve their objectives. In parallel, the facility’s security system, comprised of the physical structure, detection and delay systems, and response forces, is carefully characterized and modeled to understand its interactions and interdependencies.

RhinoCorps has developed Vanguard, using the Simajin Application Suite, to leverage these models and scenarios, and to provide a quantitative and qualitative analysis of physical security scenarios. The Vanguard tool can be run autonomously, allowing a study with hundreds, or even thousands, of trials to run without human intervention, providing a chance to discover issues that would never come up in a dozen table-top discussions or live exercises. Using Vanguard, the defined security system performance can be assessed within the context of each adversary scenario to determine a probabilistic prediction of adversary success. Facility-specific countermeasures can then be considered and retested to determine the extent to which they reduce the adversary’s probability of achieving designated objectives. Further, Vanguard includes extensive analysis support tools that include both the ability to playback or restart a simulation as well as standard and custom report options (such as Death Plots©, Shot Plots©, Lethal Force© reports, and Player Action Log©) designed to support detailed analysis.

To expand Vanguard’s analytical capability for users, RhinoCorps has licensed The Physical and Cyber Risk Analysis Tool (PACRAT) technology, developed by researchers at Pacific Northwest National Laboratory (PNNL), to support assessing cyber risks simultaneously with physical risks. Vanguard was showcased at multiple World Institute for Nuclear Security Workshops and was also identified in the Nuclear Power Plant Security Assessment Guide as an acceptable tool for use as part of the Security Assessment process.

“Simajin performs similar functions to JCATS, but addresses a number of limitations found in JCATS… Simajin can manage the increasing number of adversaries … and the additional protective force required to counter these adversaries and their capabilities. Additionally, Simajin has more thorough data output capabilities, as well as the ability to receive more statistically valid data. It is capable of simulating force-on-force scenarios down to the single person level of detail.”  -NUREG/CR-7145

RhinoCorps is also a proud supporter of the Open Design Alliance and has incorporated their Teigha® software. Teigha is a software development platform used to create engineering applications including CAD. The main idea is to make core graphics technology accessible to software developers allowing them to focus on application development.